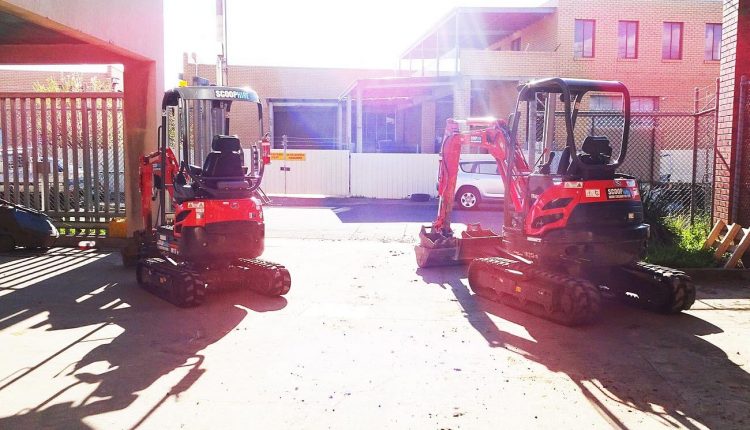 The name KUBOTA is a familiar brand as far as most general contractors are concerned as Kubota is among the bigger players within the construction industry along with other heavyweights such as Caterpillar and Mitsubishi. The excavators that these companies offer are unique in their own sense as they sport the latest innovations that are found in the market because of their extensive R & D initiatives. The mini excavators that these companies currently offer (Mini excavators for hire) especially have been making great headway in the markets due to the range of tasks that they are able to take on within the scope of the industry.

These compact excavators that weigh between 500kg and 1000kg that spit out no less than 13 HP of raw power may not match bigger excavators such as the CAT 6090 that weighs approximately 100,000kg and delivers no less than 4500 HP on demand, but they certainly have their own distinct abilities. This is mainly because of the hydraulic coupling systems that sallow these compact machines to be fitted with attachments (power tools) that enhance their capabilities significantly. The fact that mini excavators are easily transportable has also made them popular within the sphere of smaller construction projects as transportation of excavators from one site to another project site could be not just time consuming, but also costly for construction outfits that are involved with more than just a single project which requires the use of excavators. The fact that mini excavators are available on rent has also been a significant business drive in the construction rental niche.

The fact that hydraulic excavators big or small can never be taken for granted or undermined within the scope of the construction industry because of important roles that they play in not just digging, building breaking and demolishing, but also prepping construction sites. Prepping tasks are crucial to construction tasks, for instance breaking hard ground strata or demolishing older buildings which require smashing concrete, cutting steel or drilling holes among others require heavy machines or powerful machines which have become critical success factors to projects. Therefore, excavator hire especially mini excavators (the most recent models) are perfectly suited to perform a range of tasks that were previously done or accomplished by larger excavators, The fact that these machines are available on rentals (daily rate) make them quite economical to hire and due to the tremendous cost reduction and savings that they have to offer, general contractors should consider using them instead of larger excavators. However, prior to making the decision, it is important for project managers to make a thorough assessment of the requirements to avoid making a mistake and increasing costs as sometimes mini excavators do not have the ‘reach’ to accomplish what larger excavators are able to accomplish. This also goes towards identifying the required tool attachments that these excavators are able to accommodate. 5 tonne excavators and below are able to accept hydraulic tool attachments are available, while most larger models attachments are usually less available. Hence making the wrong choice could result in a significant increase in cost which never is a good thing for construction outfits.

Small Business Management Consulting – A Sensible Purchase of Any Organization

The Top Benefits Of Pipe Relining.

Purpose of creating videos for an organization

Cranes Used in the Construction Industry

What you need to know when choosing the right screen…